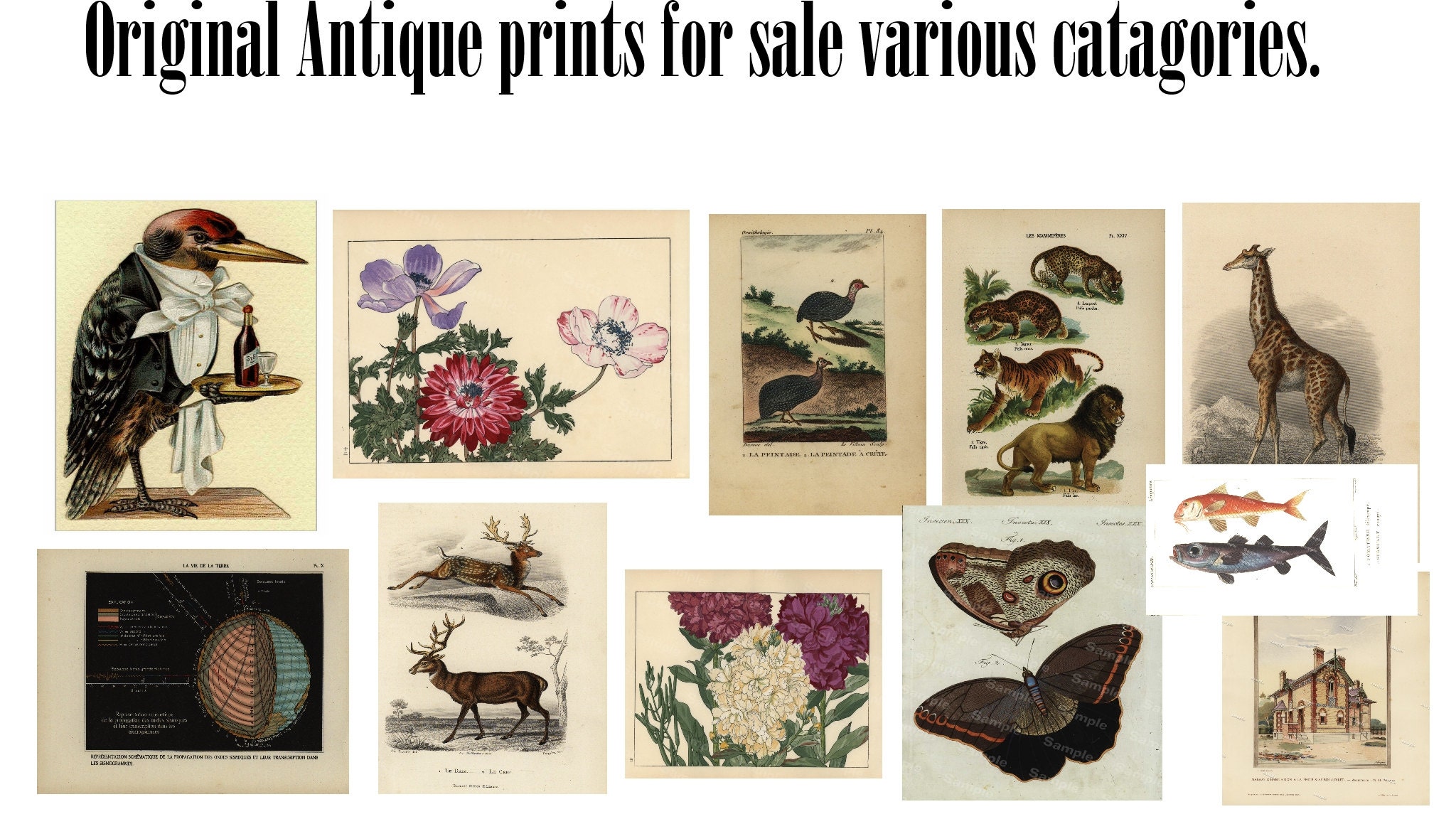 1) What is Print? Basically a print is a piece of paper on which a design has been imprinted from a matrix made of some selected medium, usually stone, wood, or metal. In an original print the matrix is made by hand, as opposed to a reproduction, which is made by a photomechanical method. Any print issued prior to 1900 is considered to be an antique print, though non-mechanically made prints published before World War II are sometimes considered to be antique prints.   Generally Print falls into three major categories depending on their method of production: relief, intaglio & planographic.   1) Relief Print: In this process the image is printed from a raised surface on the matrix, so that the printmaker creates the matrix by cutting away that part which he/she does not want to show in the image. To create a relief print the ink is applied to the raised surface of the matrix, which is then pressed onto a sheet of paper. Examples of relief prints are woodcuts & wood engravings

2) Intaglio Print: In this process image is printed from a recessed design in the matrix, so that the printmaker creates the matrix by cutting into it the design he/she wishes to imprint on the paper. In order to create an intaglio print the ink is pressed into the design cut in the matrix, the surface is wiped, and the ink is then transferred to the paper under pressure. This process creates the plate-mark which is the hallmark of an intaglio print. Examples of intaglio prints include engravings, etchings, aquatints, stipples, & mezzotints.

Tomorrow I will focus on woodcuts & wood engravings.

Next Post Wood Engraving & Woodcut
0 items in your cart