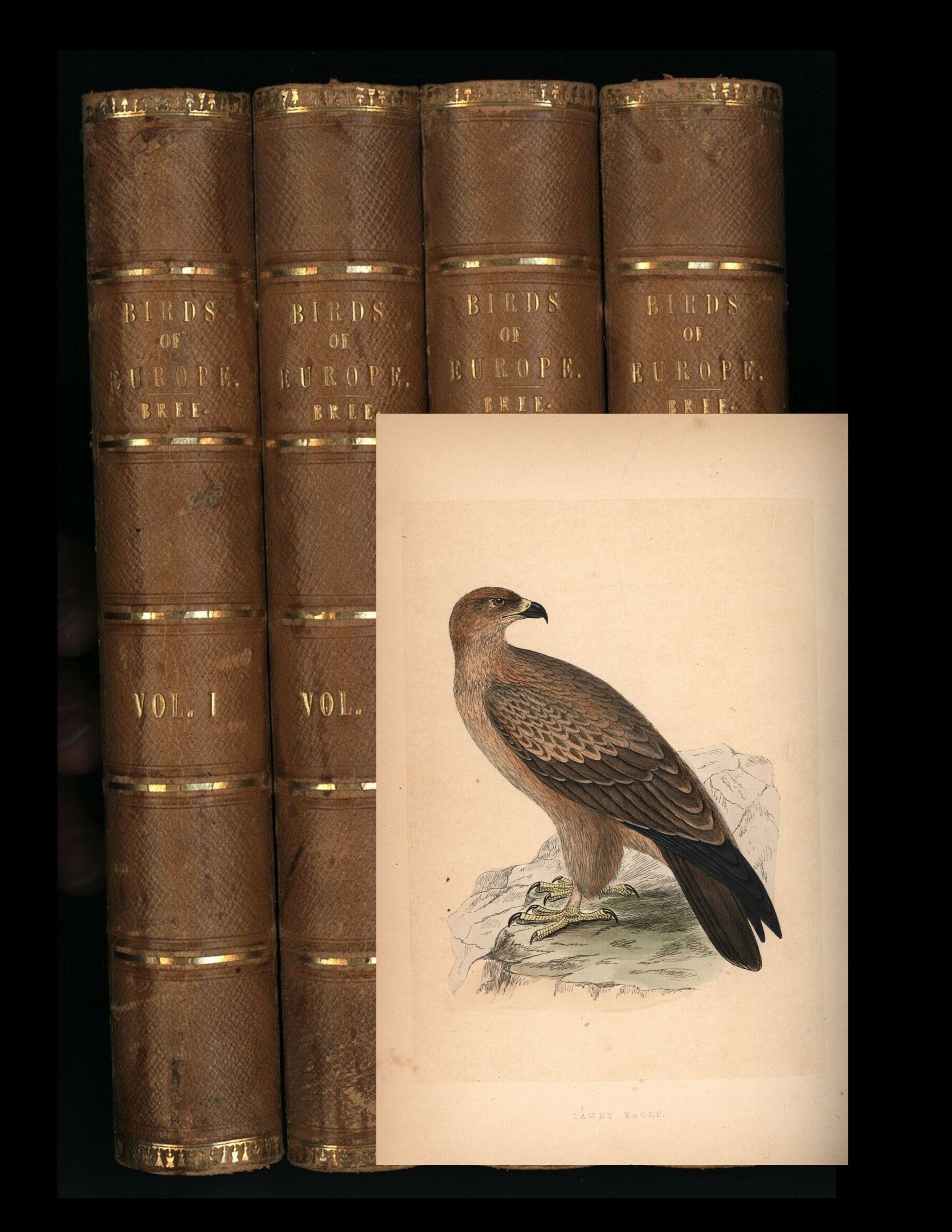 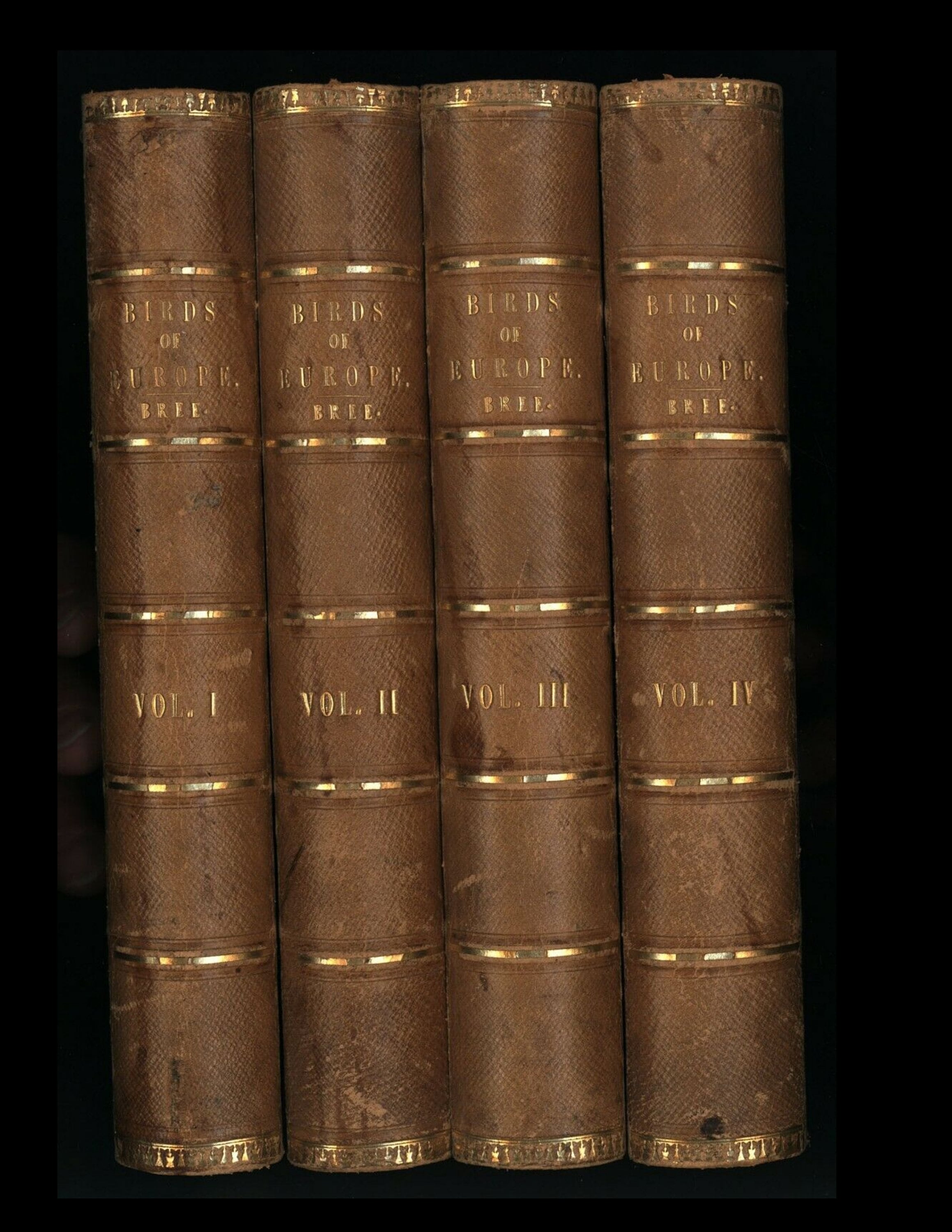 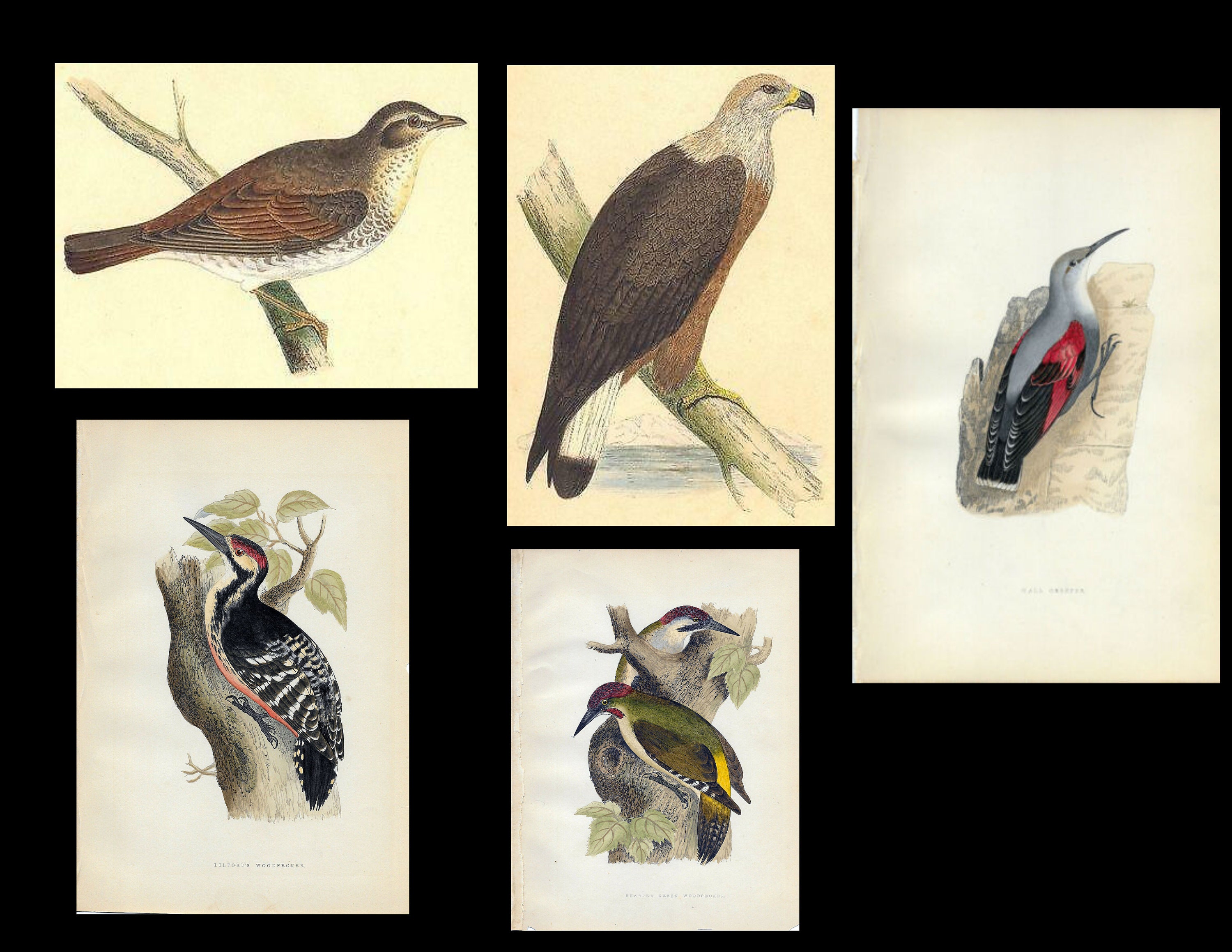 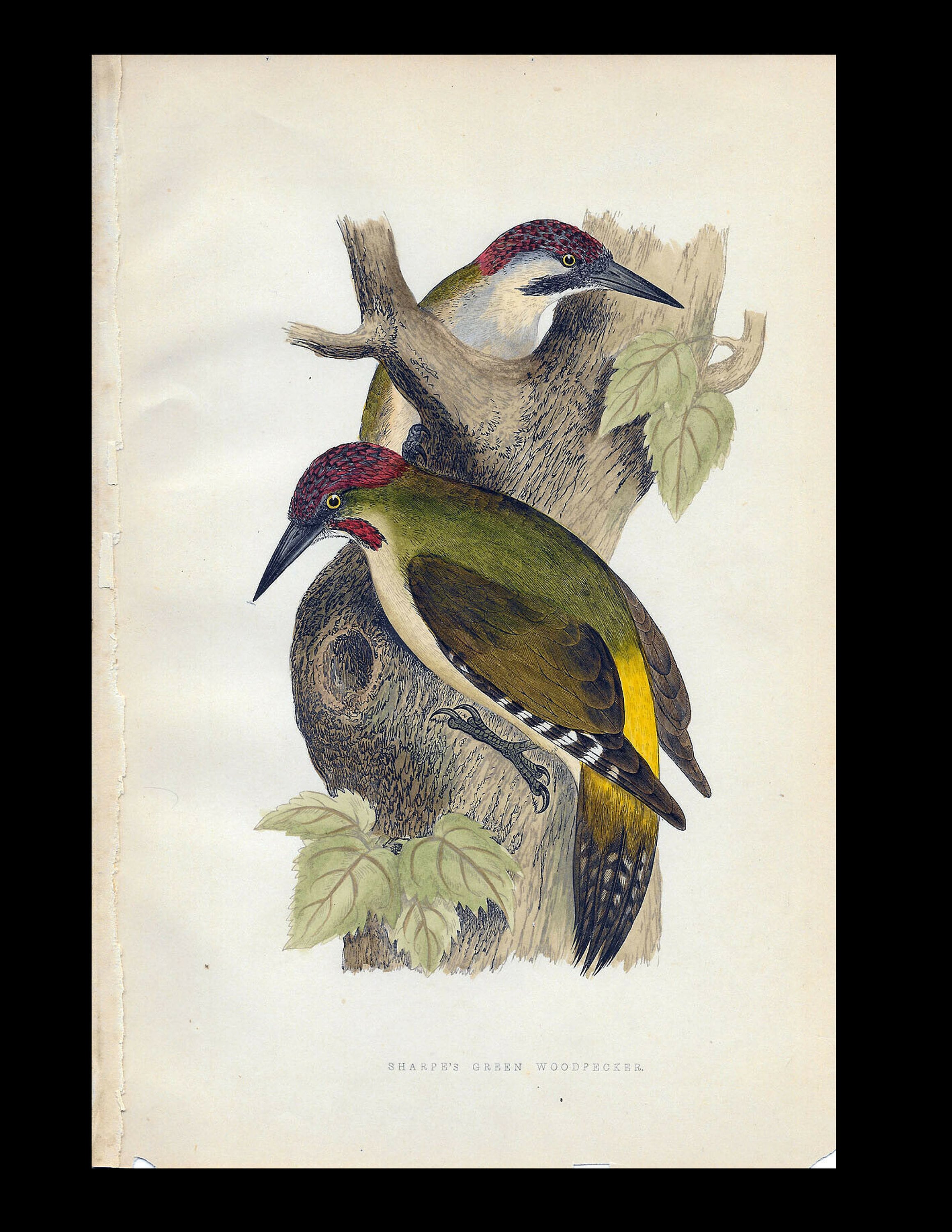 
“The matter is arranged in the manner according to Temminck. The generic characters are given, the synonymy, specific characters, description of the various plumages, and information about the geographical distribution and habits being briefly stated under the individual forms” (Anker 59). The plates were executed by Benjamin Fawcett, whose early chromoxylographs (color-printed wood-engravings) are actually finished by hand, some almost entirely hand-colored (though the plates of eggs are clearly color-printed, but also finished by hand). Fawcett’s later works in the 1870s and 80s are almost entirely color-printed, so Bree’s Birds represents one of his earlier experimentations with color printing. Originally issued in 59 parts, this work was bound up with title pages varying in dates of imprint, thereby causing “considerable confusion in the dates of publication as recorded for this work” (Zimmer, 87-88). This set has an early range of dates on its title pages (1863-64), confirming that it is a first edition; the first edition was published continually from 1859 to 1867, and the second edition was not issued until 1875. Nissen 136. Sitwell, 81.

Occasional light scattered foxing to text, not affecting plates. Top inch of each title page has been clipped to remove a previous owner’s signature; text not affected. Light rubbing to extremities of contemporary morocco. A lovely set in near-fine condition.