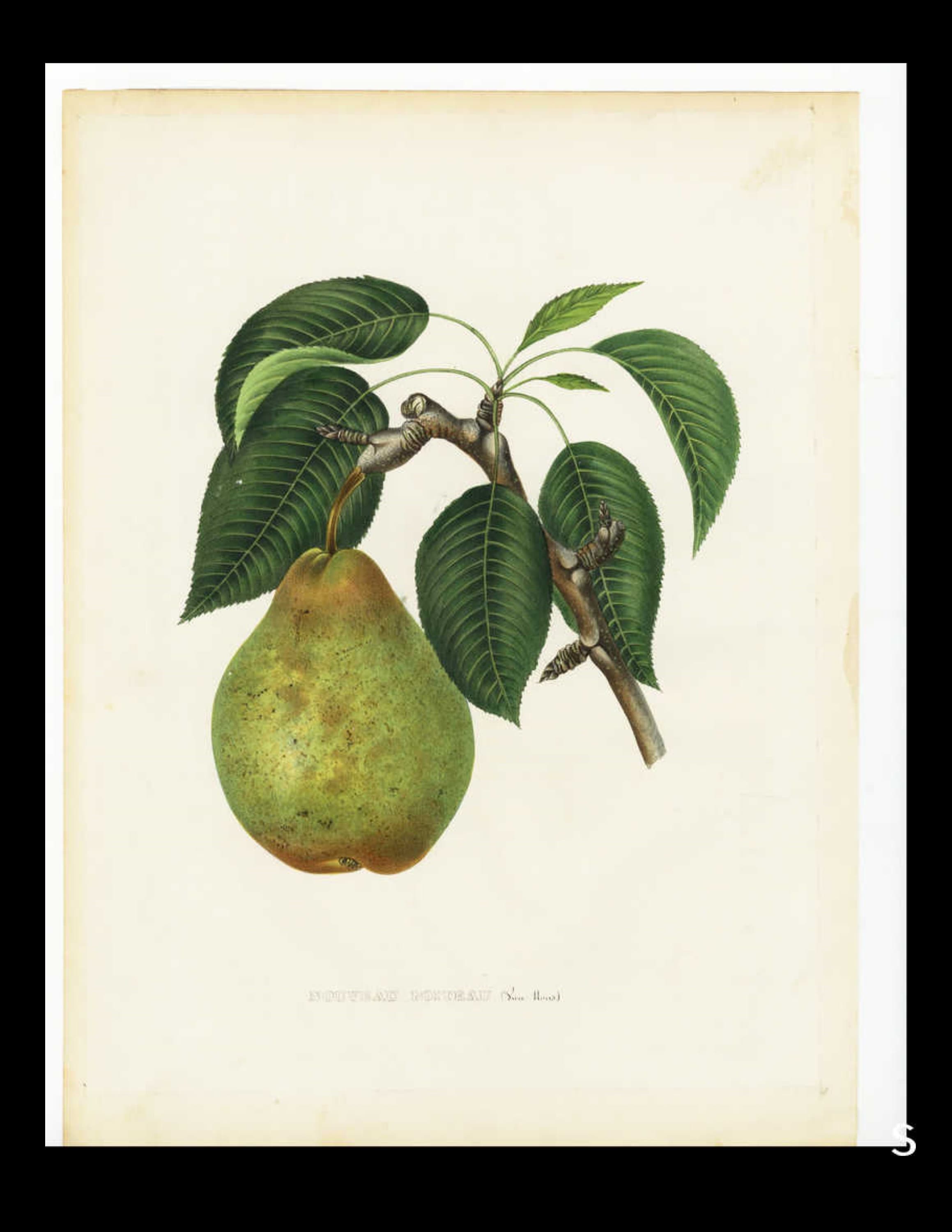 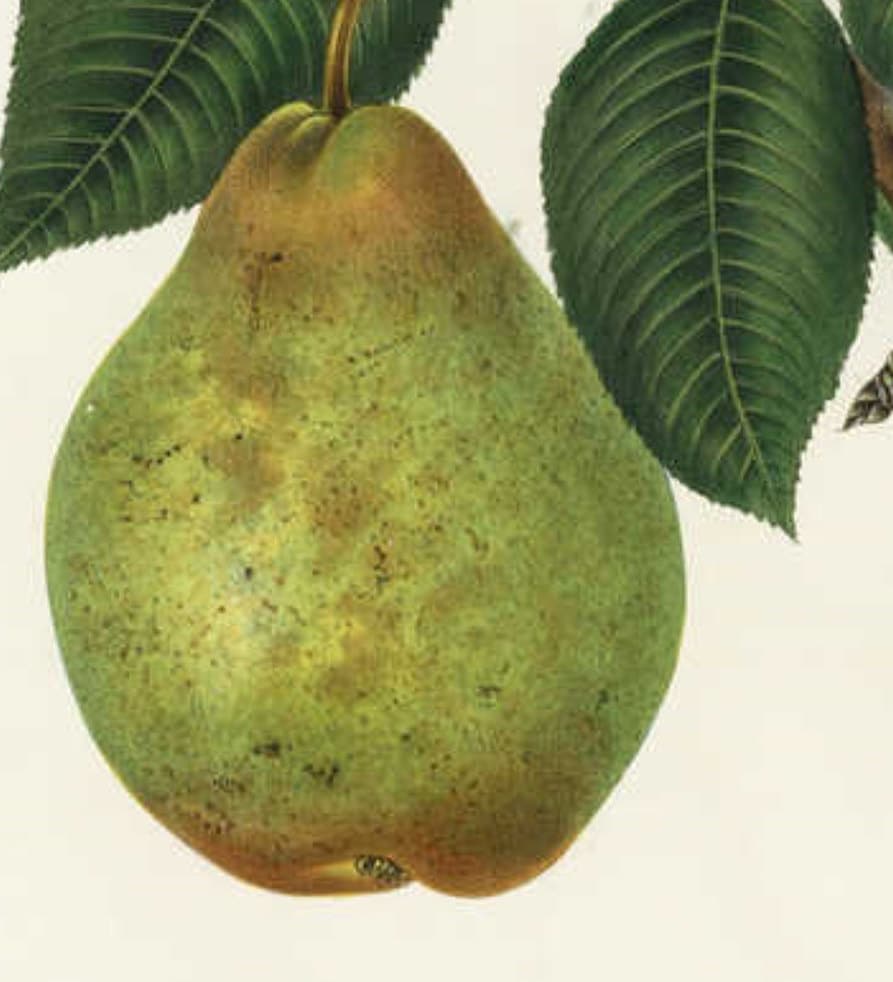 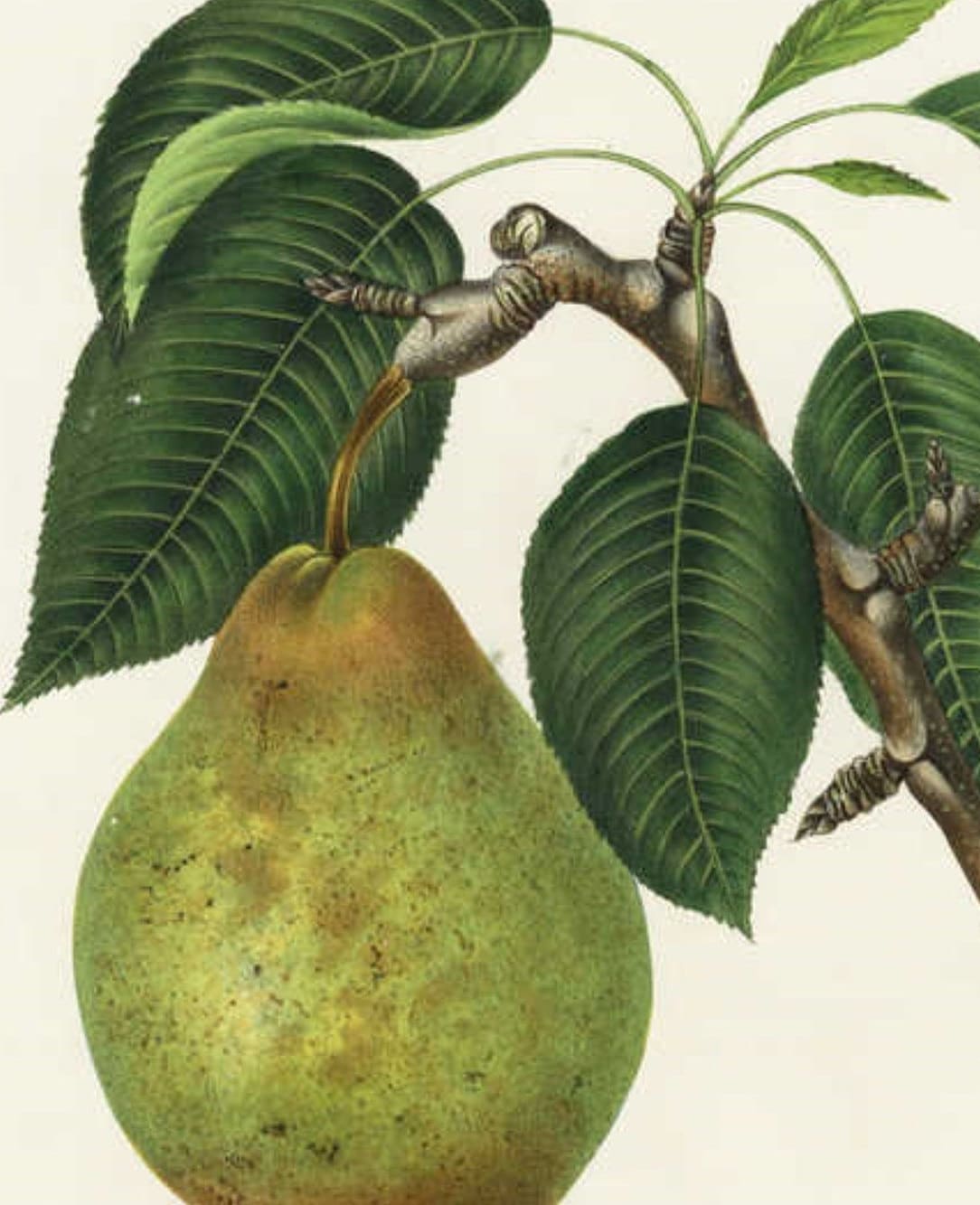 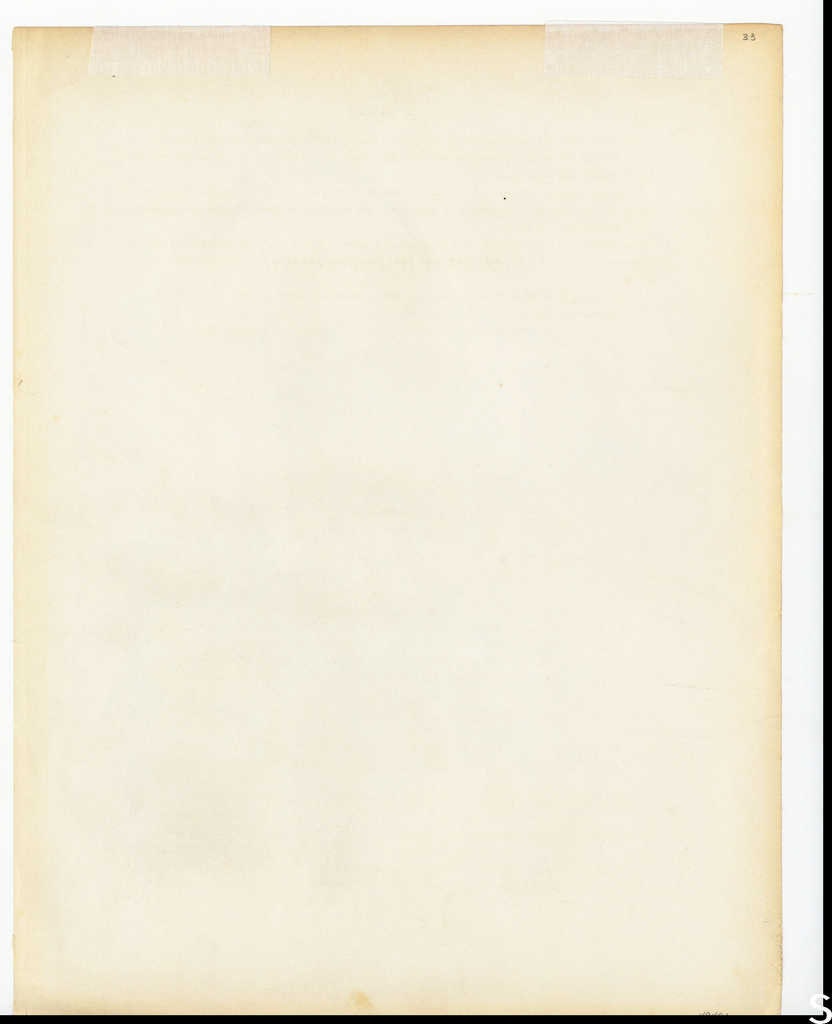 Information: Alexandre Bivort [1809-1872] was a Belgian nurseryman and creator of numerous fruits, He was active in various horticultural societies in Belgium and France and published two books: Album de Pomologie (1847-1851) followed by Annales de Pomologie Belge et Etrangere (1853-1860), which reprinted some of the plates from the earlier work yet most of the plates was newly created. They remain the classic reference on Belgian fruit of the era, in keeping with Bivort’s stated intentions to document a neglected area of botany and generate interest in the cultivation of fruit, including new varieties.

Most of what he illustrated was fruits of apples and pears, as well as grapes, cherries and berries. Bivort took a particular interest in pears, the fruit tree that are the best adapted to the Belgian climate and he developed his own varieties, some of which he named after family members. Compliant with Bivort’s commitment realism, he took the unusual step of including damaged as well as imperfect specimens instead of the idealized perfection of the more typical collection. There are only three complete set known to exist.
Date: 1855

Description Apple - Northern Spy bears fruit in late season. A large, handsome apple: the yellow background color is almost totally covered in bright red over splashed and striped with darker carmine red. The skin has a light bloom. An excellent flavored, slightly yellowish fleshed, very crisp and juicy, apple that is still grown commercially in some countries even although it bruises easily and is more difficult to transport and is slow to come into bearing, taking 3 to 4 years on a dwarfing rootstock - and a lot longer on a standard stock. It is also a very good culinary apple.

Condition: Very good to Excellent some with faint offset

References: The fruit manual; containing the descriptions & synonym’s of the fruits and fruit-trees of Great Britain. 1860. Robert Hogg
A Great Gift For Any Manuscript Collector
Condition: Excellent with light creasing and age-staining.


Shipping: I take huge pride in packing since it is a delicate and important part . This print will come in an acid free backing board as well as in an acid-free sleeve.


WaterMark: The Logo of the sample will not appear on your original Print.

Authenticity: All our prints are guaranteed to be original. .