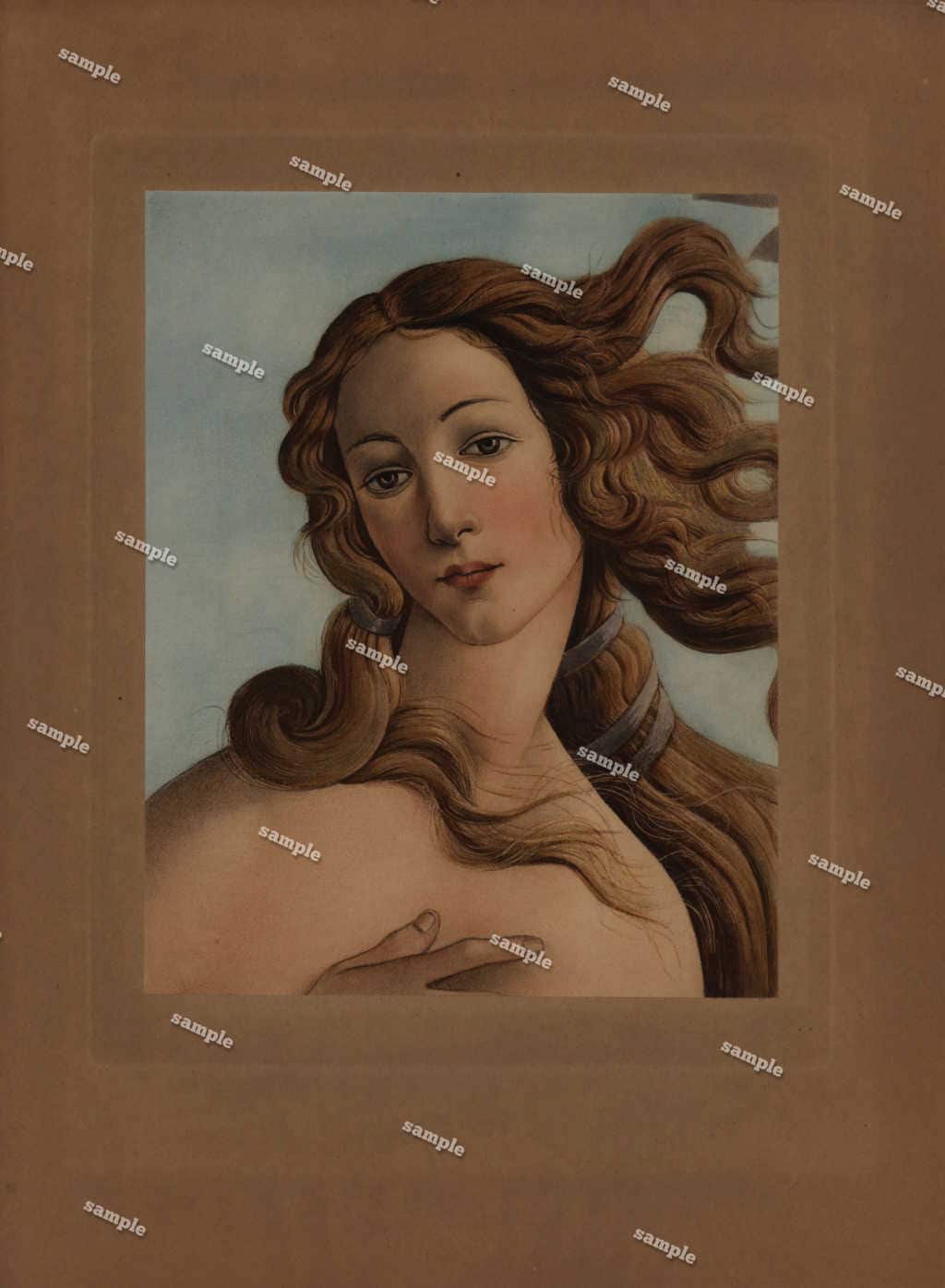 These are not some cheapo prints that you will find it any more. These are rare and one of a kind prints.

Sandro Botticelli ; Botticelli was born in the city of Florence in a house in the Via Nuova, Borg'Ognissanti, to Mariano di Vanni d'Amedeo Filipepi. Vasari reported that Botticelli was initially trained as a goldsmith by his brother Antonio.[2] There are very few details of Botticelli's life, but it is known that he became an apprentice when he was about fourteen years old, which would indicate that he received a fuller education than other Renaissance artists. By 1462 he was apprenticed to Fra Filippo Lippi;[3] many of his early works have been attributed to the elder master, and attributions continue to be uncertain. Influenced also by the monumentality of Masaccio's painting, it was from Lippi that Botticelli learned a more intimate and detailed manner. As recently discovered, during this time, Botticelli could have traveled to Hungary, participating in the creation of a fresco in Esztergom, ordered in the workshop of Filippo Lippi by János Vitéz, then archbishop of Hungary.[citation needed]

By 1470, Botticelli had his own workshop. Even at this early date, his work was characterized by a conception of the figure as if seen in low relief, drawn with clear contours, and minimizing strong contrasts of light and shadow which would indicate fully modelled forms.