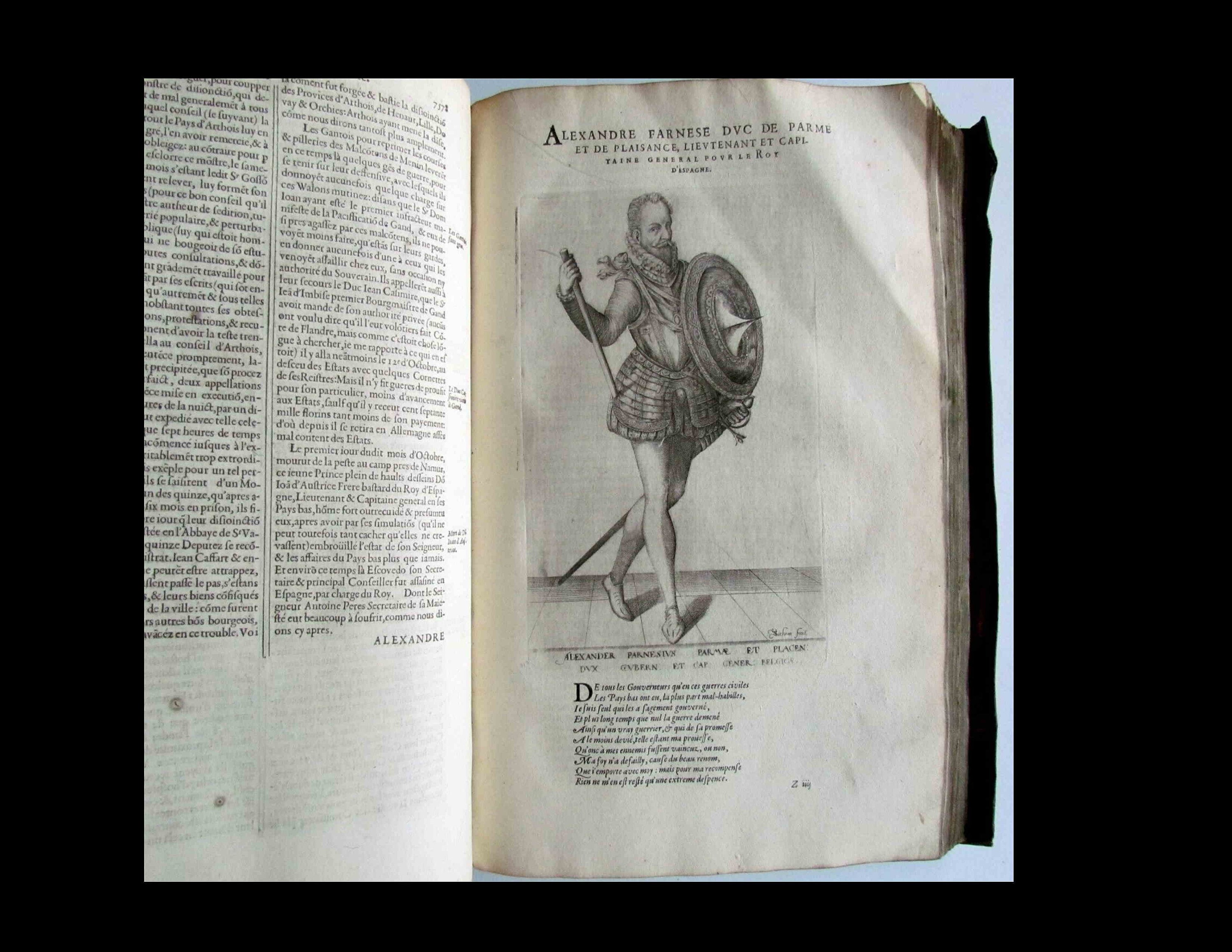 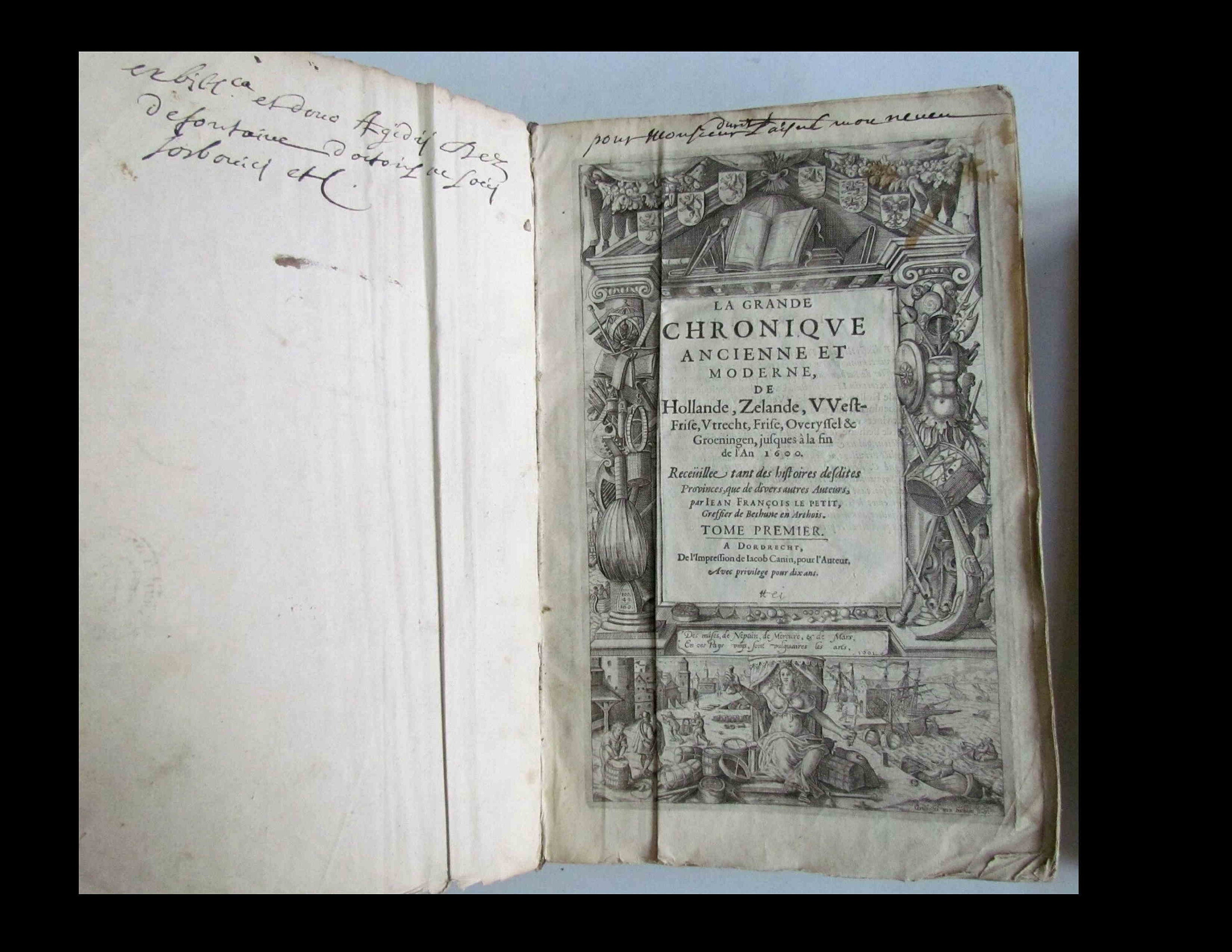 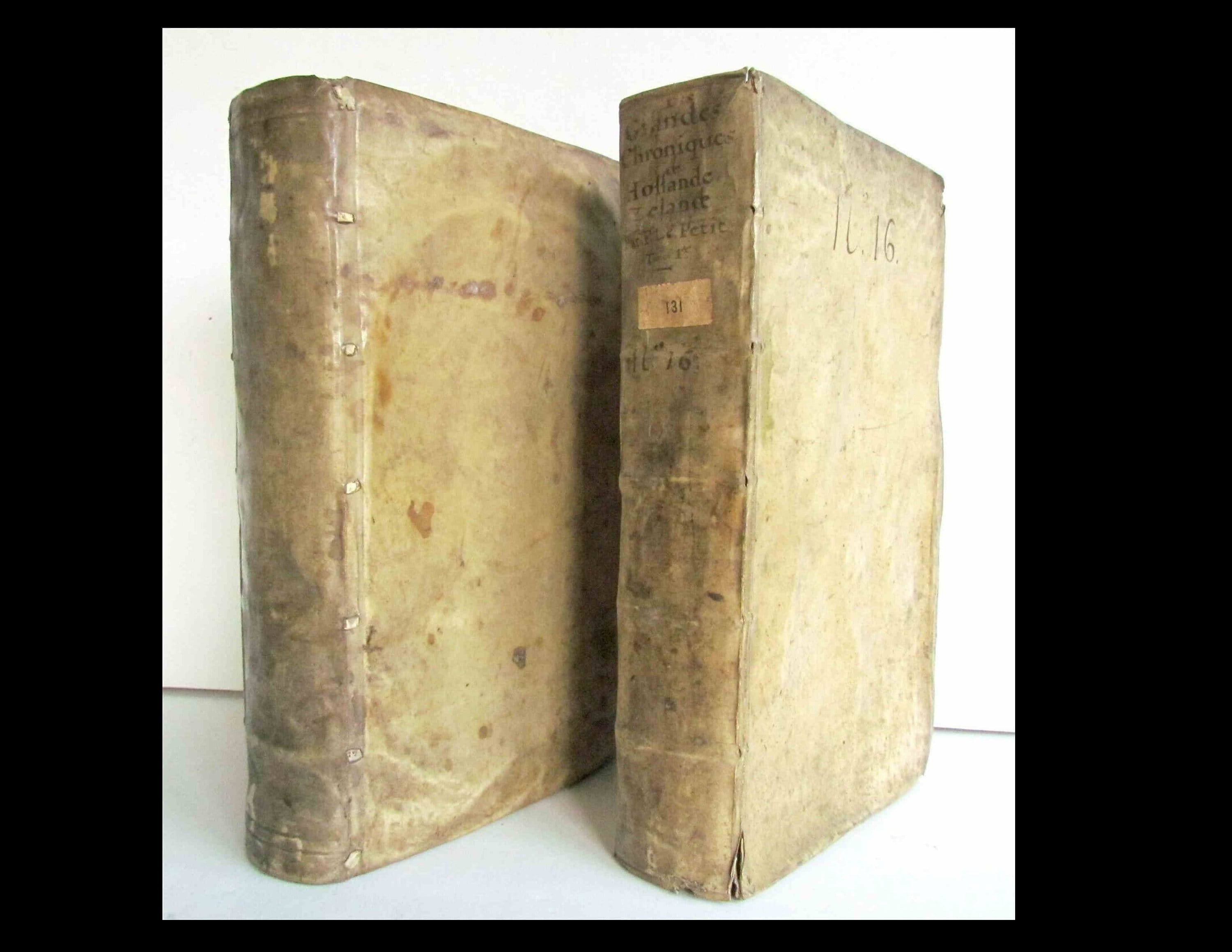 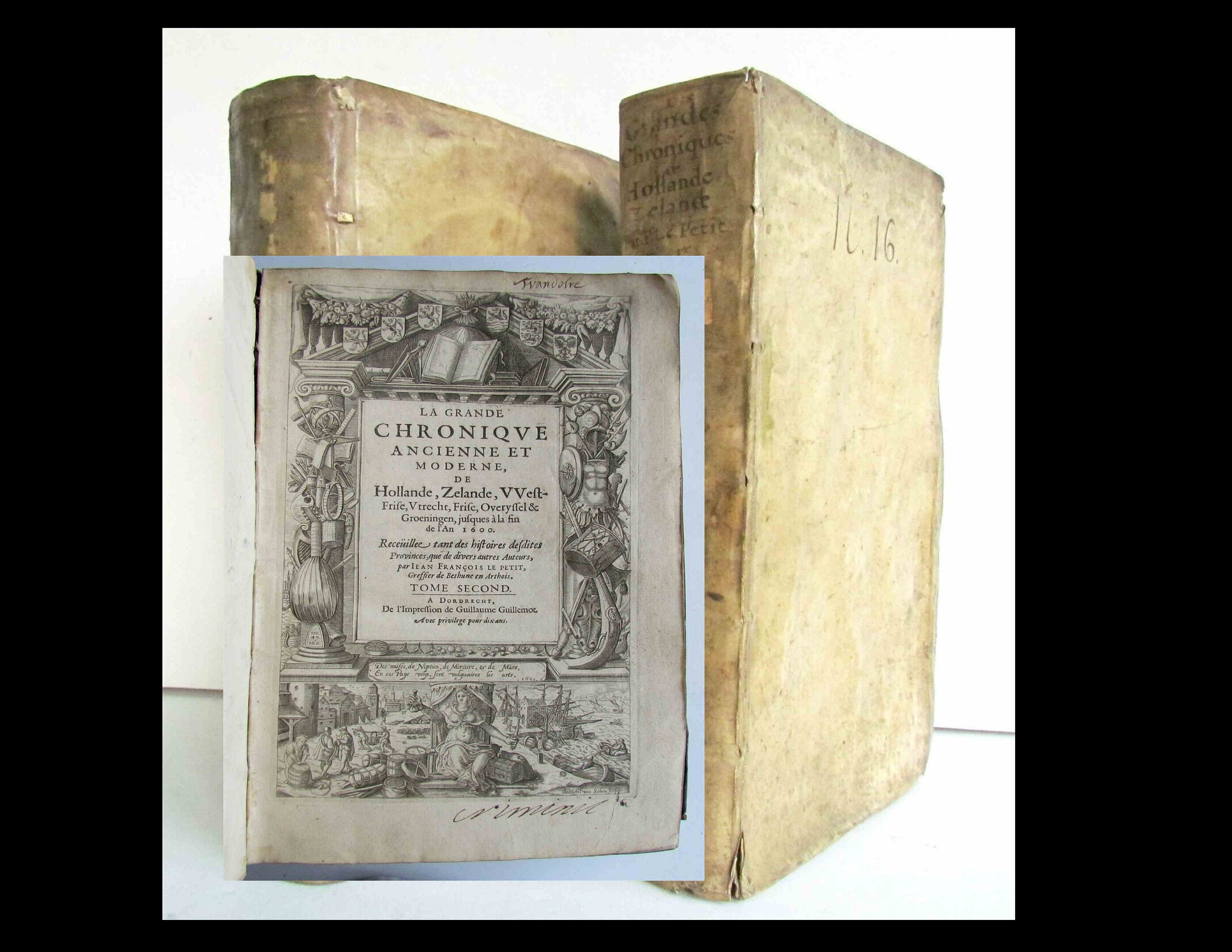 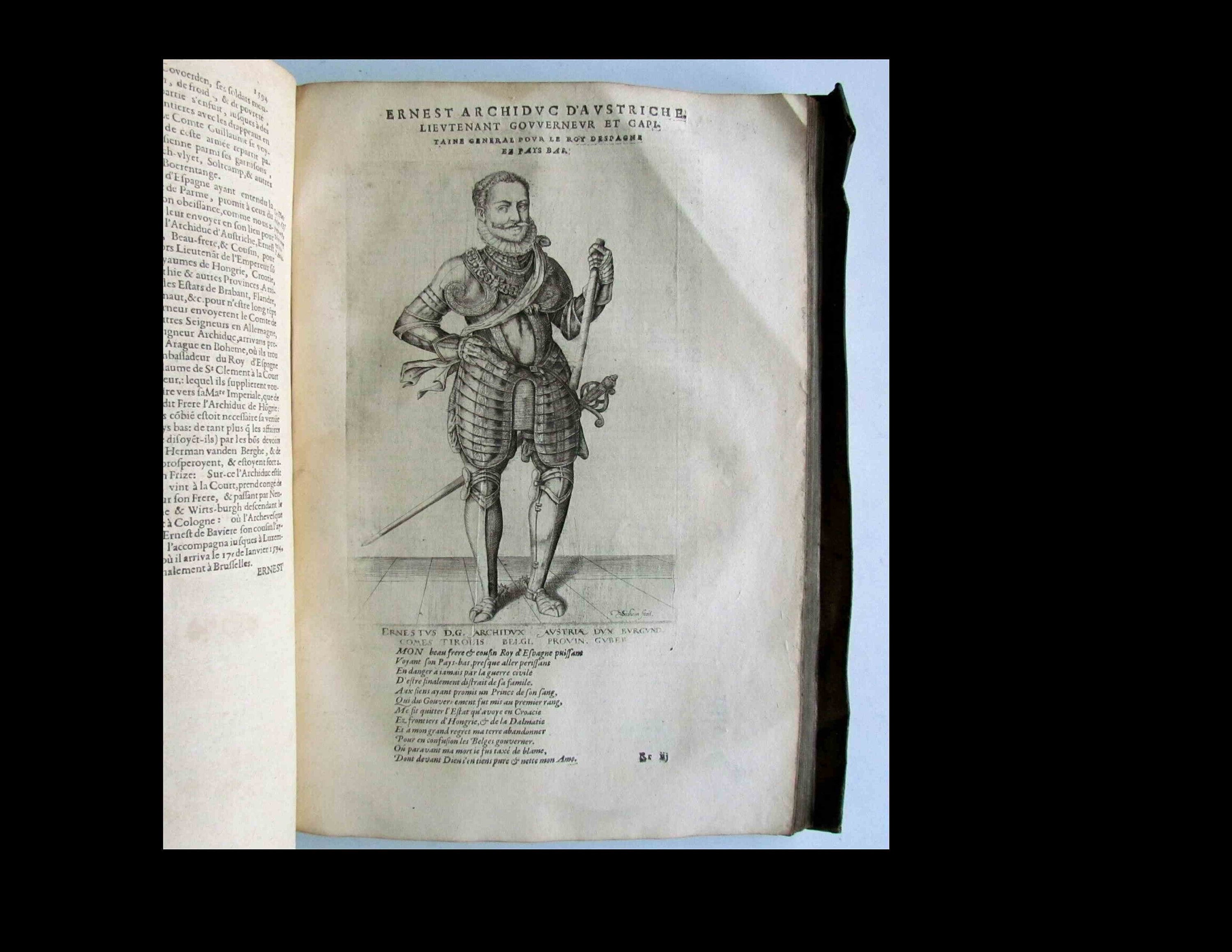 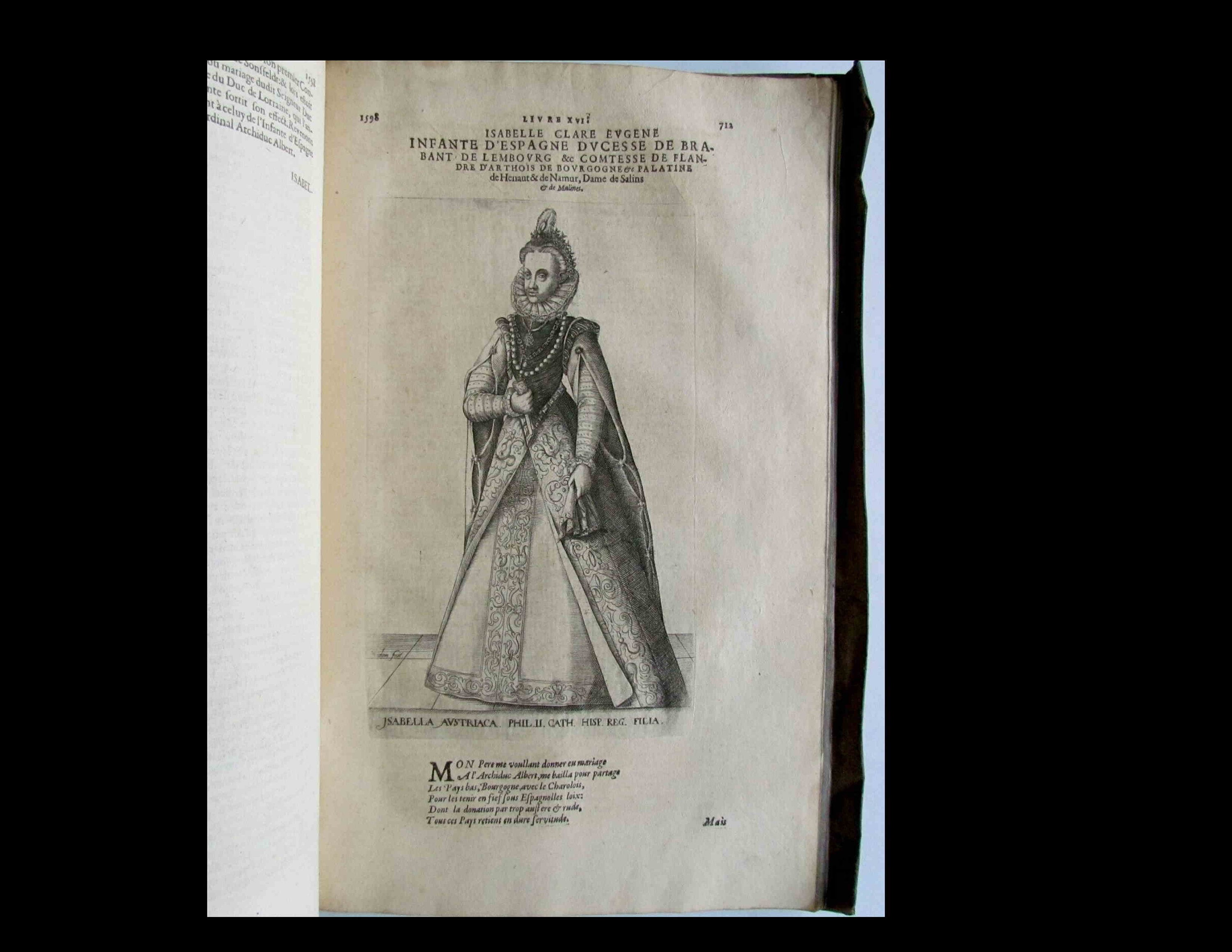 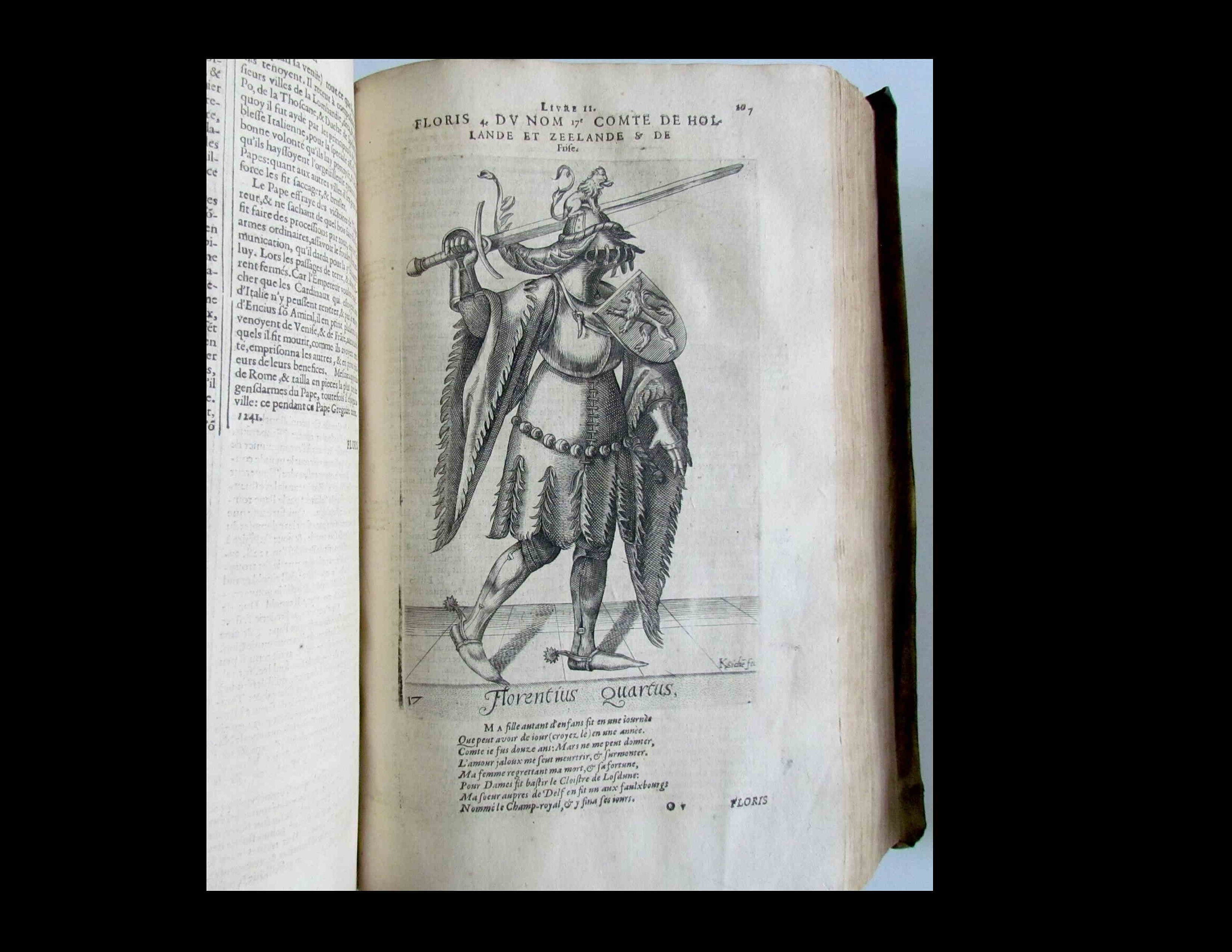 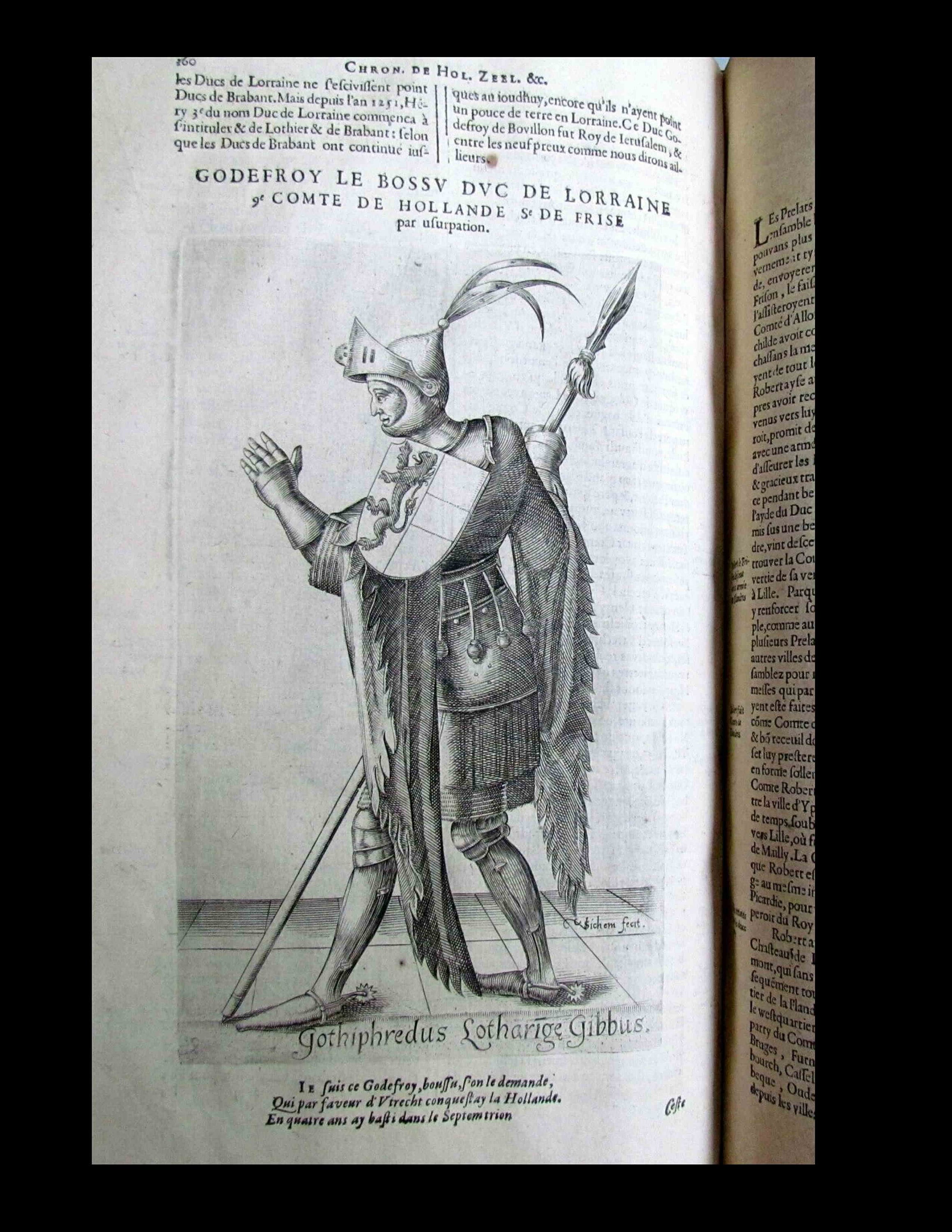 (The Great Chronicle ancient and modern, from Holland, Zeeland, West-Friesland, Utrecht, Friesland, Overyssel & Groeningen, until the end of the year 1600)

Two titles engraved with a frame with allegorical subjects, and respectively illustrated with 38 and 16 large full-length portraits of the Counts of Holland and Zeeland and of the protagonists of the time by Christoffel van Sichem (Christophe Van Sichem)

The first volume also contains the portrait of the author with his coat of arms.

Important chronicle and genealogy of the counts of Holland and their families by the French historian and poet Jean-Francois Le Petit (1546-1614), clerk of Bethune en Artois, who "became a Protestant and had to leave his country to take refuge in the Dutch provinces of the North" (see Biographie Nationale XI, 865)
The first volume is, in greater part, a translation of the Divisie-Kroniek by Cornelius Aurelius.
This chronicle which goes from the beginning of the world to 1517 is continued by Le Petit in the second volume.
He records the disorders and the wars which took place in the Netherlands from 1556 until the beginning of the seventeenth century.