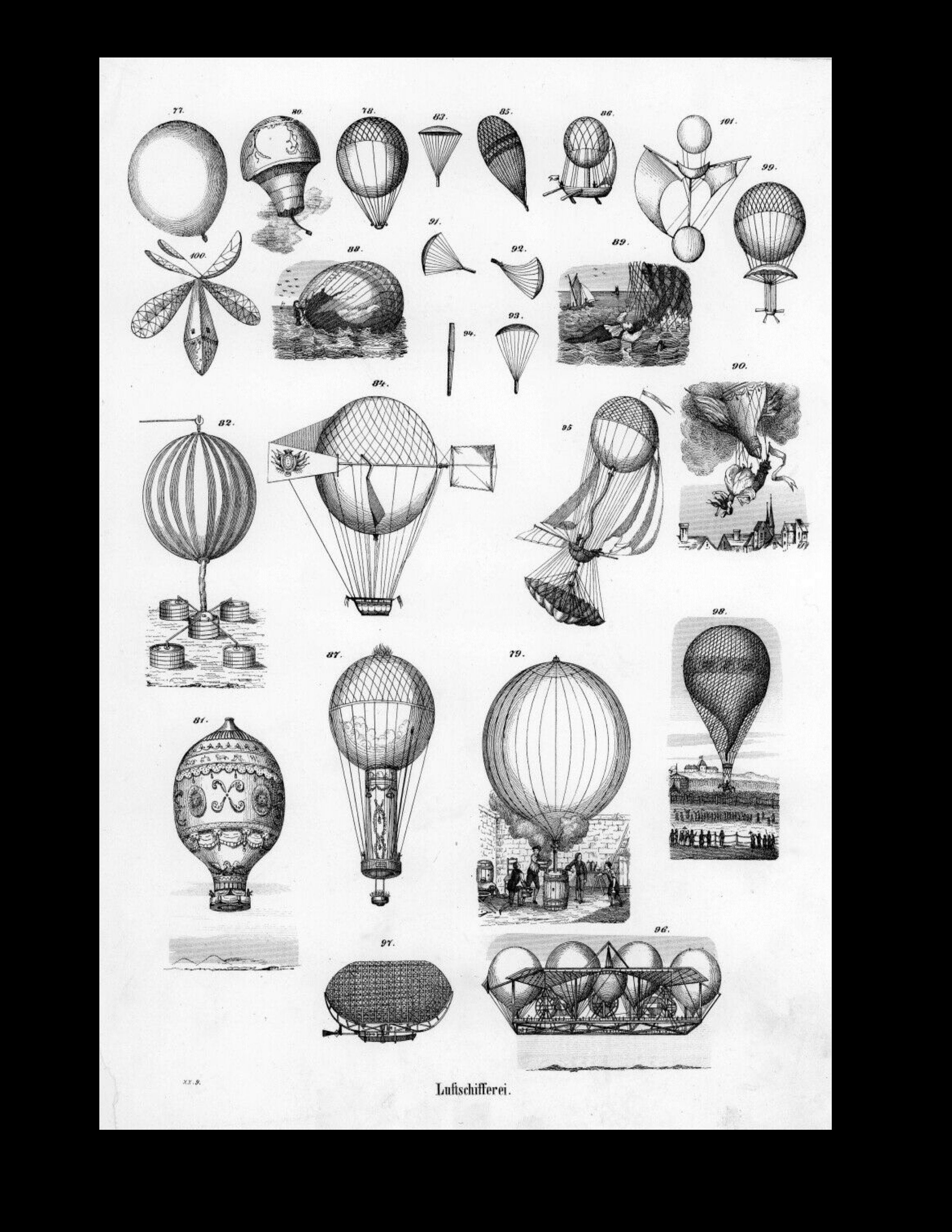 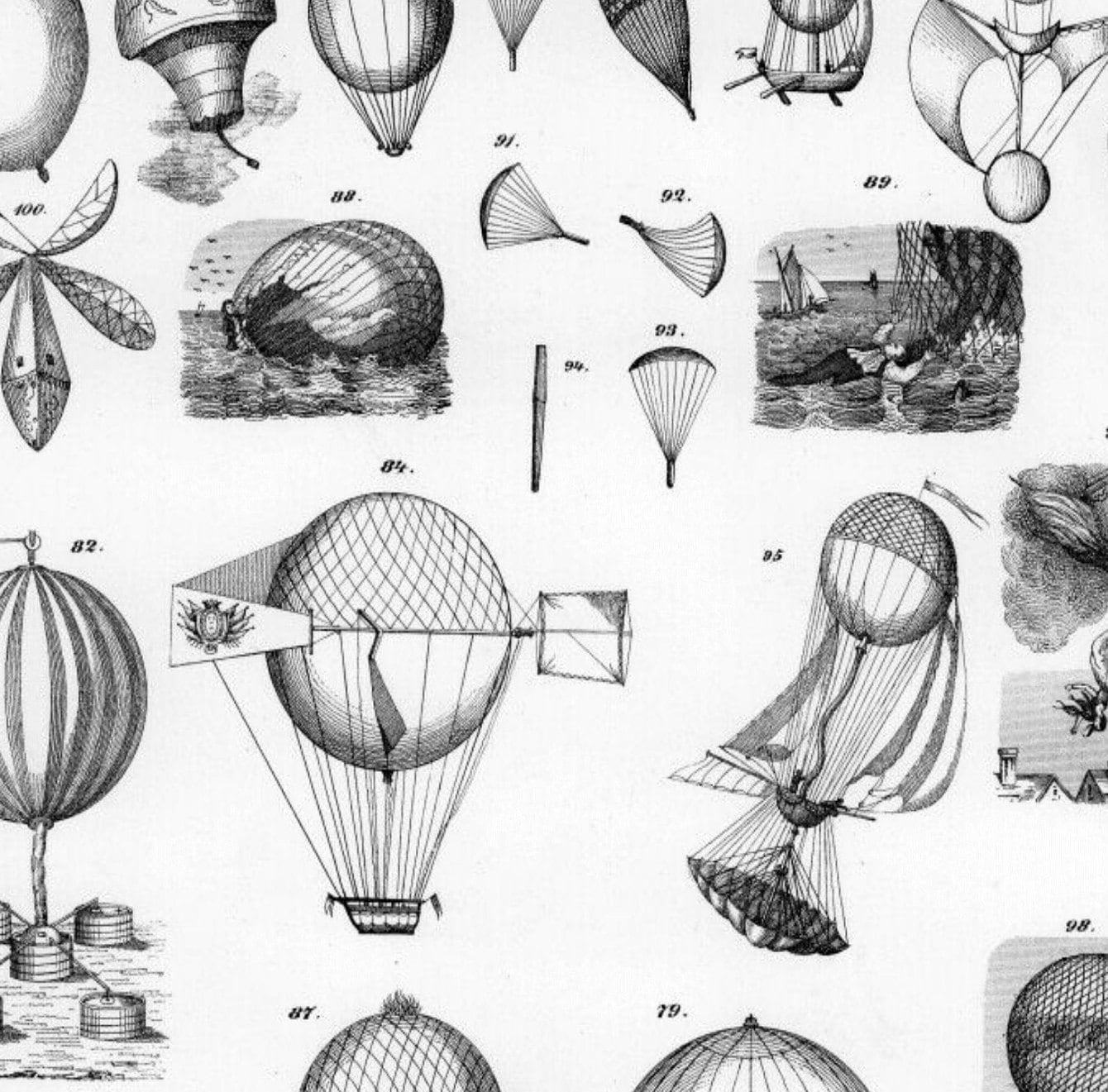 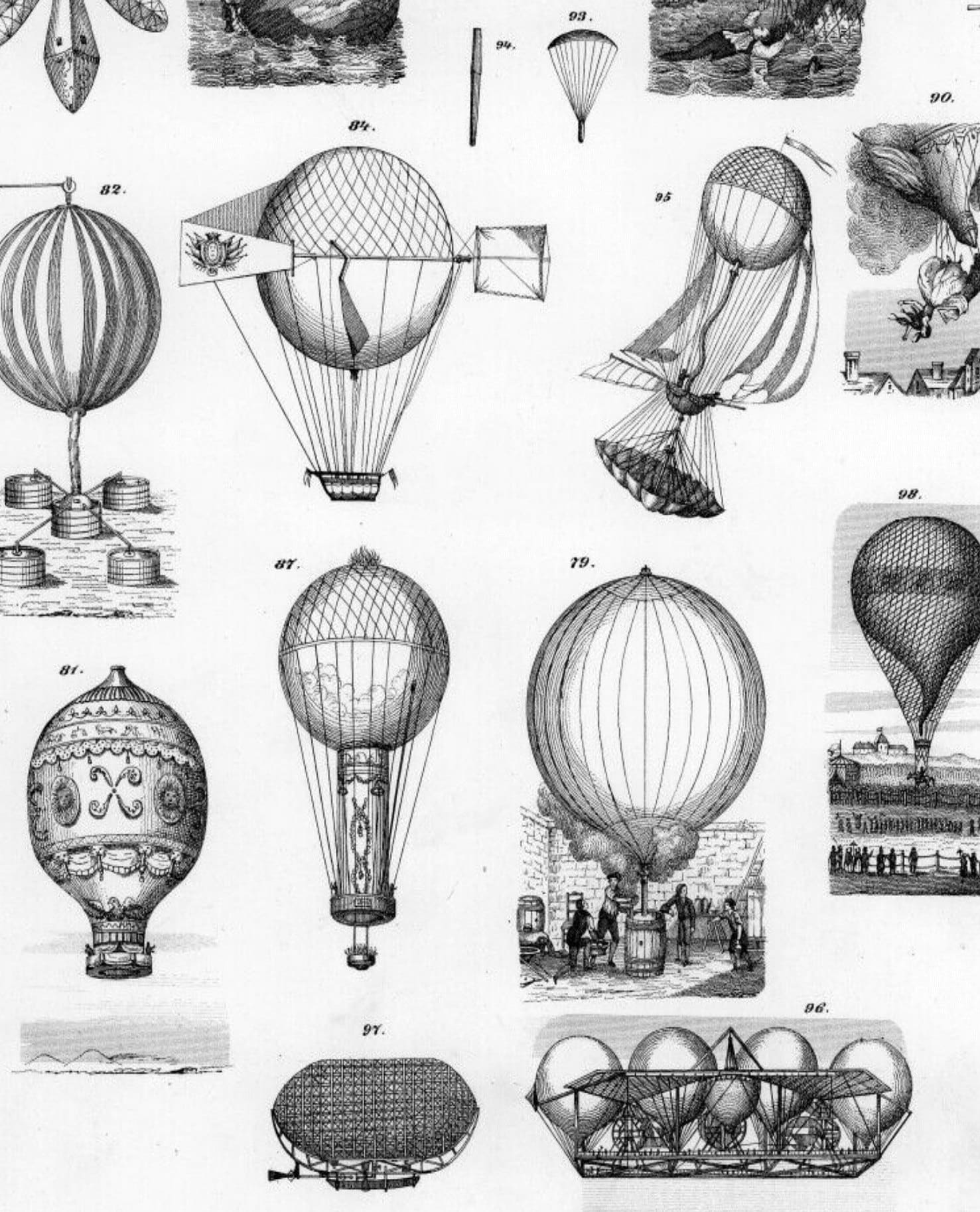 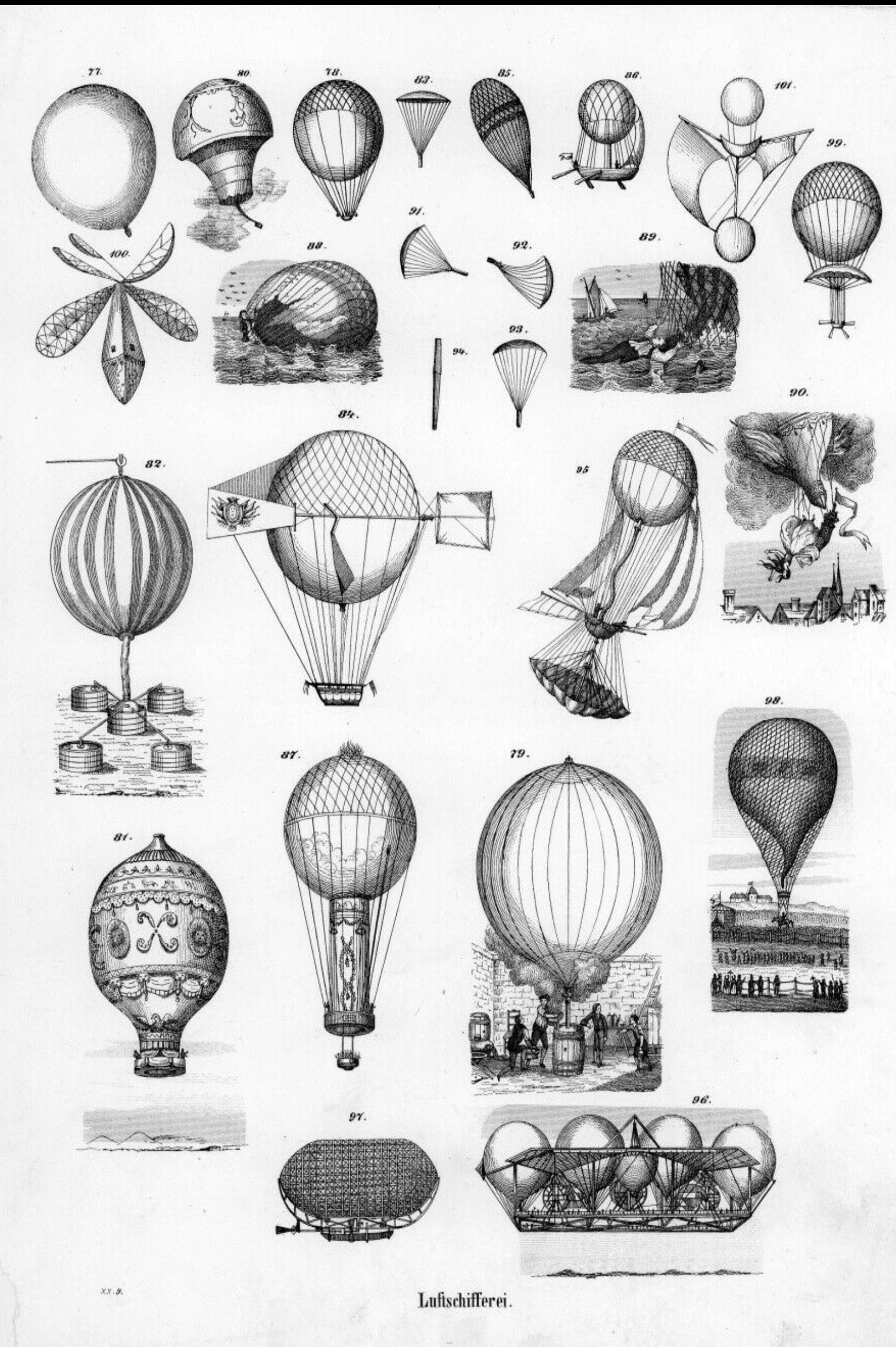 Airship, aviation, balloon, original wood engraving from 1852. The back of the sheet is not printed. Taken from a German publication from 1852. The source on the Internet with the complete description of the illustration can be cited. Size of the picture: 17 x 21.5 cm. Aviation.
Aviation (also aviation, from Latin avis = bird) describes the transport of people or goods through the earth's atmosphere without a fixed connection to the earth's surface.

Today, the term generally includes all people, companies, activities and sub-areas (including on the ground) that concern the operation of aircraft and is also used in German instead of the term aeronautics for the engineering field, aerospace technology. The term aviation is used legally, see Aviation Act.

The word balloon is derived from the Greek βάλλω (ballo): to throw. The word βάλλον (balloon) is derived from this: what is thrown, i.e. a ball. In today's parlance, a balloon is a non-self-supporting, gas-tight envelope that is filled with gas and does not have its own propulsion. Air (hot air balloon, air balloon) or a carrier gas such as helium or hydrogen (gas balloon) is generally used as the filling gas. The balloon can be closed in the filled state, whereby the enclosed gas can also be under pressure. The common designs of manned balloons have a downward opening. As a result, the light lifting gas cannot escape, but pressure loads or deformations of the envelope due to the heating of the gas or when changing the flight altitude are avoided.

Up until the 20th century, balloons and airships were also known as aerostats. In common parlance, manned balloons are not flown, but driven. The crew members of balloons are the balloonists and were also called "airshipmen" at the beginning.

Condition : Condition : In a wonderful condition but please do examine the print as it's been said that beauty is an eye of beholder.