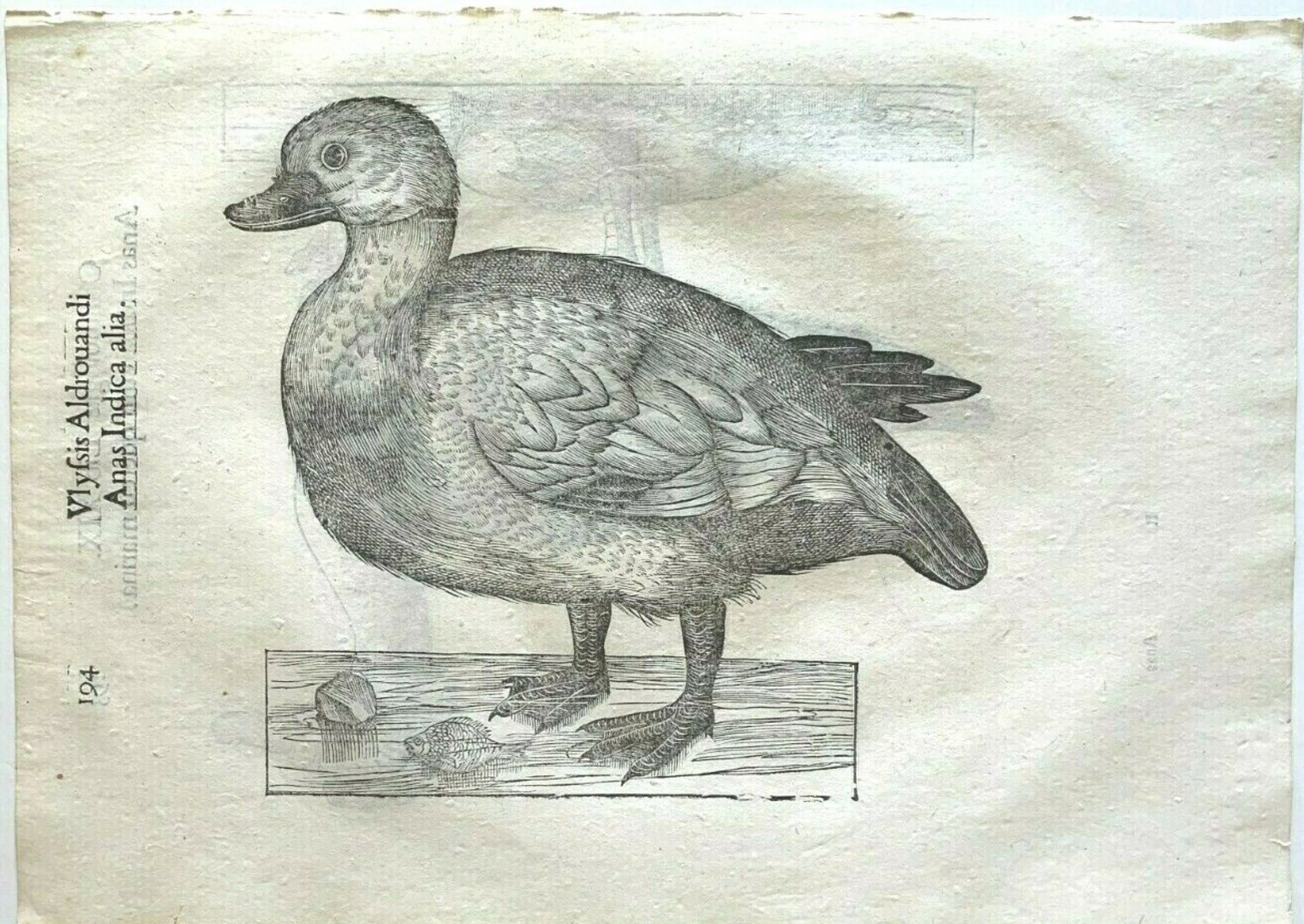 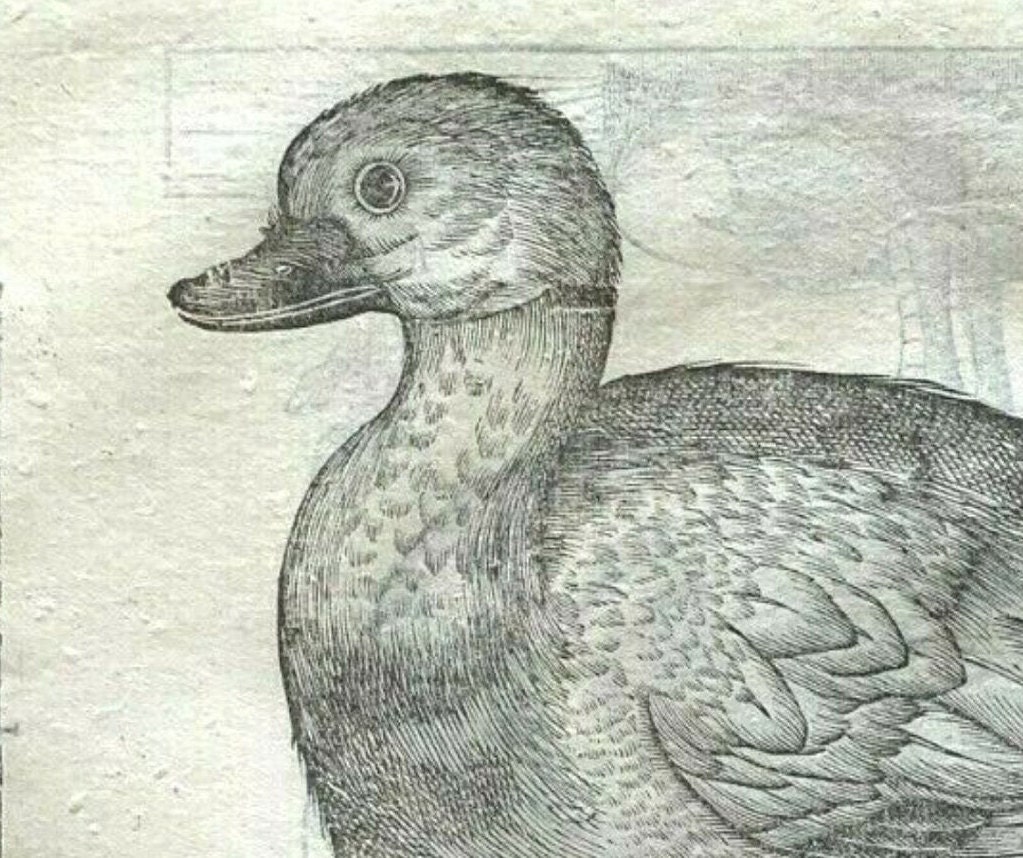 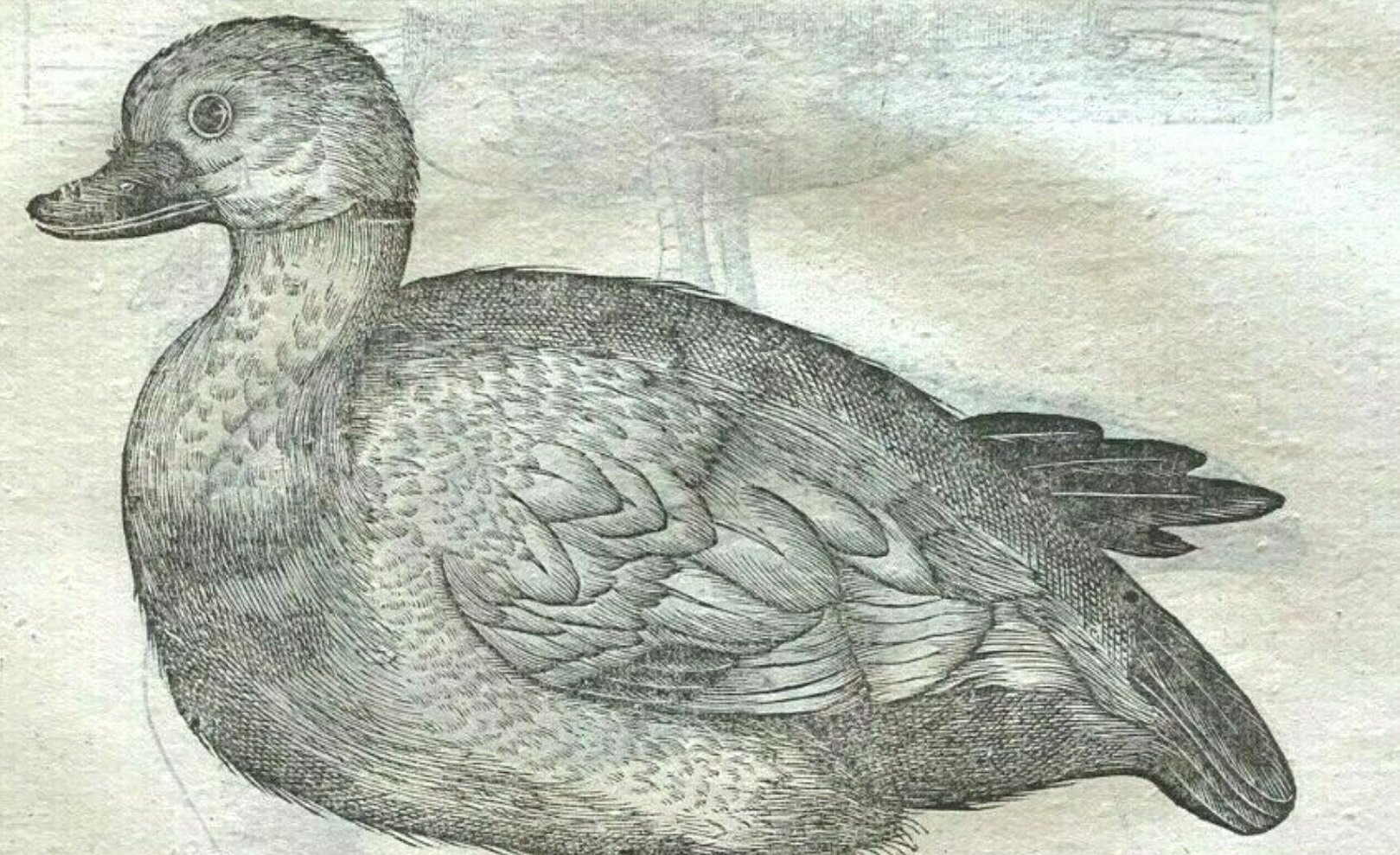 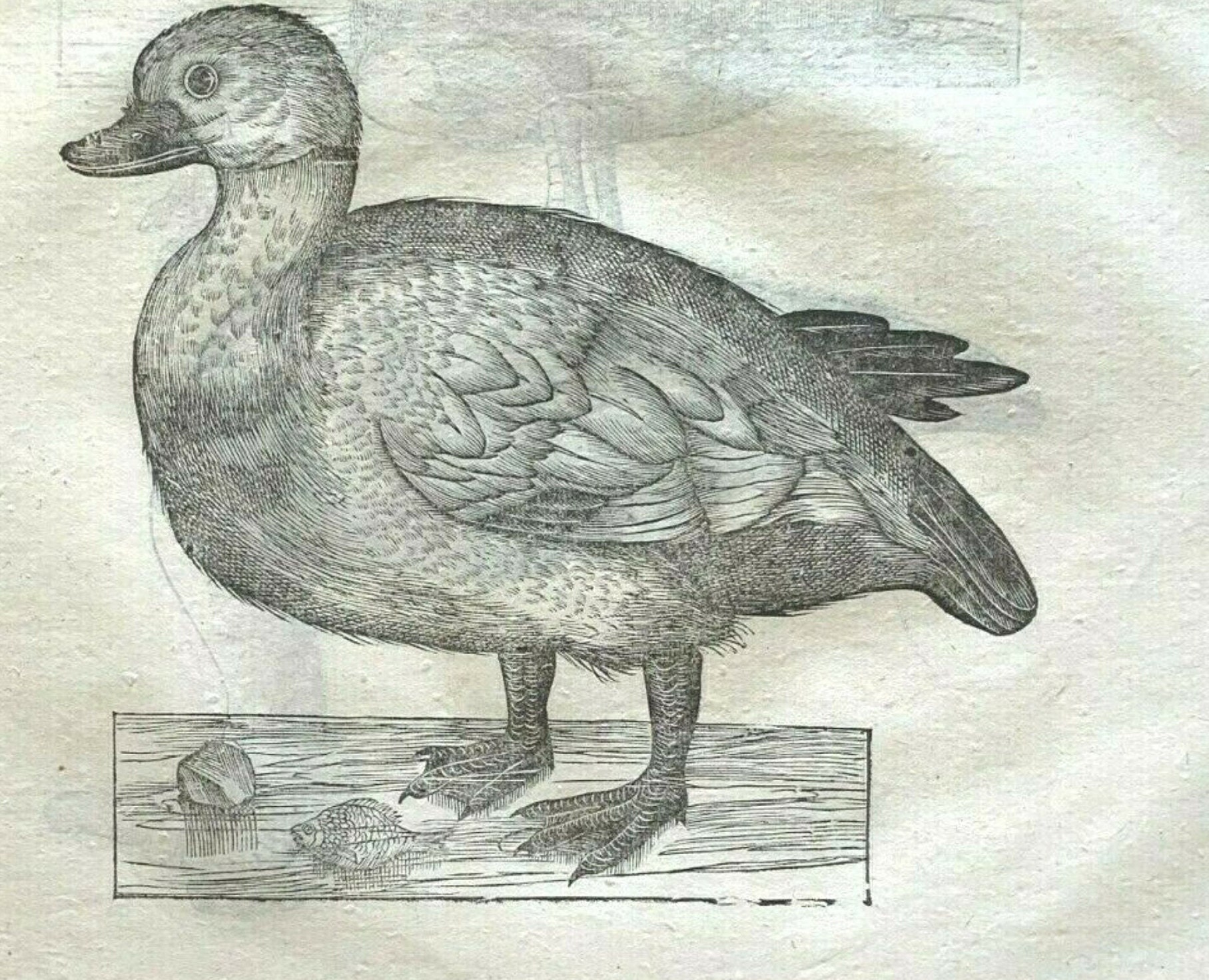 About this print : This extraordinarily rare, first edition, folio woodcut is from Ulysse Aldrovandi’s "Opera Omnia. Ornithologiae, hoc est, De Avibus Historiae Libri..." The part of the work dedicated to ornithology was published between 1599 and 1603 in Bologna, Italy by Clemente Ferroni, Niccolo Tebaldini, & Giovanni Battista Bellagamba. Many of the illustrations are the work of Jacopo Ligozzi. It was a massive, multi-volume, natural history encyclopedia and included the first published image of a toucan and bird of paradise. It was originally 13 volumes in total and featured illustrations of animals, plants, minerals, and fantastic “monsters” including dragons.

Aldrovandi was an Italian botanist, pharmacologist, and noted author. He studied mathematics, Latin, law, and philosophy eventully earning a degree in medicine in 1553. In 1549, on return from studies in Paua, he was arrested in Bologna for heresy and sent to Rome where he managed to exonerate himself, likely due to his parents' nobility. Aldrovandi channeled much of his life’s work into collecting, writing and illustrating different biological specimens. His collection is now in display in the University in Bologna. The specimens were classified according to his own system and contributed to the later development of animal taxonomy. He became a full professor at the University of Bologna in 1561 where he presented natural history as a systematic study. He was also appointed the inspector of drugs and pharmacies, which met opposition, but was confirmed by Pope Gregory XIII. The Pope actually became a benefactor of Aldrovandi's numerous works on natural history. Only four of the volumes credited to Aldrovandi appeared in his life time (1522-1605). His students used his manuscripts to complete the remainder of his work. It was the largest collection of natural history illustrations to appear before the 18th century.

Condition: Excellent. Each page is double-sided with text / other small illustrations and there is some bleed-through. Please examine the scan.

Payment & Shipping: We make every effort to ship as soon as possible.
Thank you!!!


WaterMark : As you can see the white lines around the print and the logo of www.vintagelithoart.com will not appear on your original Print. Although feel free to visit our new website for more antique prints.